Landscaping steep blocks or difficult landscape sites is challenging. This site required decorative rockwork, paving, landscaped stairs and landscape planting. This site was very steep sloping from front to rear and located at the bottom of a court meaning the property widened quite a lot to the rear.

John and Sue, the clients were easy to work with and really nice people. My view is good landscape design outcomes mostly happen when you work with good people, solve their problems, provide creative and correct solutions, listen to them, advise them and seek their input.

They knew the site was difficult but wished to have an outdoor living area, a play area for kids; particularly a trampoline and if possible an area for some fruit trees and vegies.
Another problem to solve on top of the site steepness and slope down to the rear was the old high crumbling and no longer stable retaining wall to the back rear boundary that needed to be replaced before any landscaping works could be attempted. We provided the initial landscape design back in 2007 and in 2013 I was contacted and asked to project manage the landscape construction.

Following John and Sue contacted me and I introduced them to a landscaper who has completed several of our projects.

John and Sue were really happy with the result.

I would suggest if you are into craft type things; read on and check out Sue’s Stampin Up Web Site!

Sue is a Stampin Up Demonstrator and has her own Web Site and Blog – Madex Creations.

Really  interesting site and until I met her and looked at her web site I did not know there were so many people so interested in all sorts of craft type things. Sue shared some images and some comments about her families completed landscaped garden and kids play area on her Blog HERE. Thanks Sue. 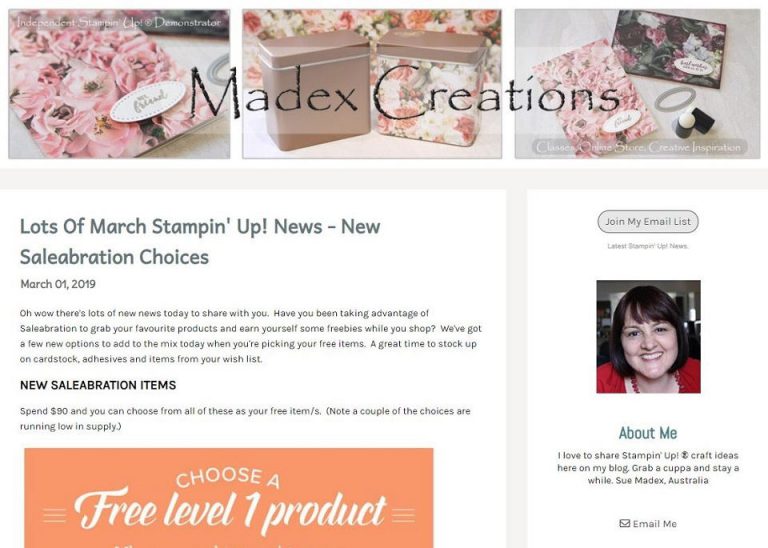 “We are so rapt with the results and have been having a ball having some outdoor time. The kids are enjoying playing downball on our big paved circle. We’ve just added a trampoline in to the bottom part and that is a hit. Nice to be spending more time outside now that it is not a giant ugly weed patch.”
“After some site visits and meetings, Darrell drew up our plans and we were rapt with what he designed. Darrell was terrific to work with and I’d highly recommend him if you’re in Melbourne and looking for a landscape designer.” 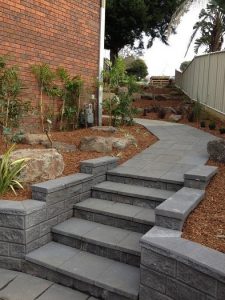 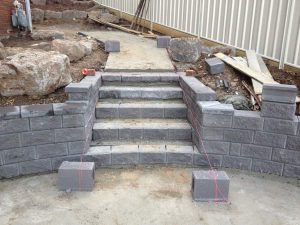 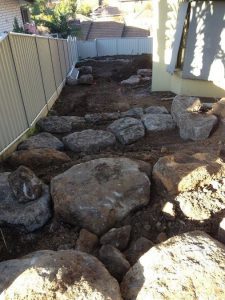 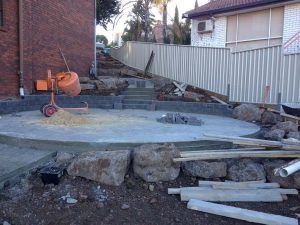 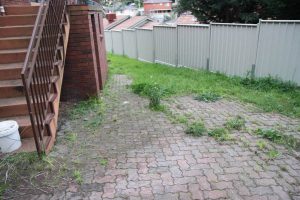 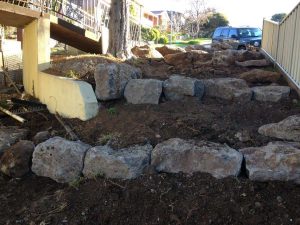 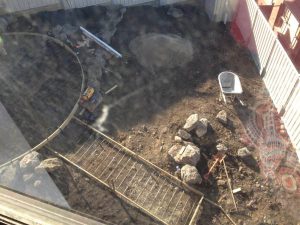 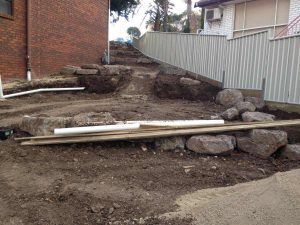 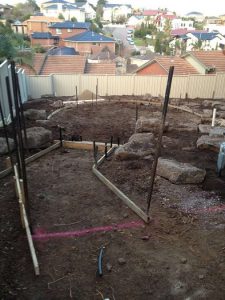 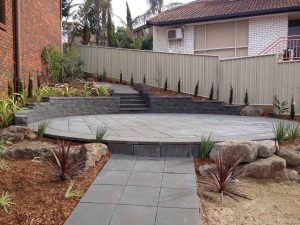 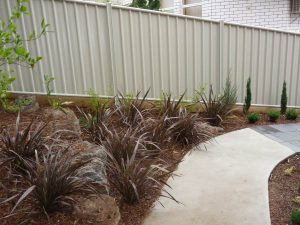 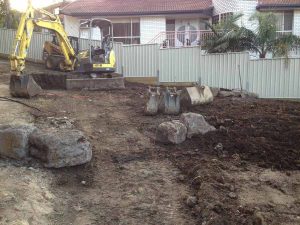 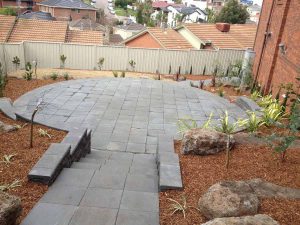 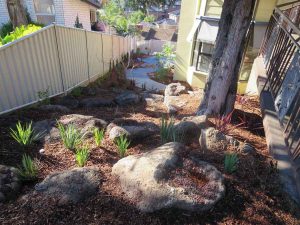 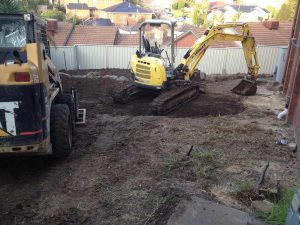 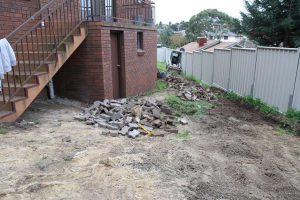 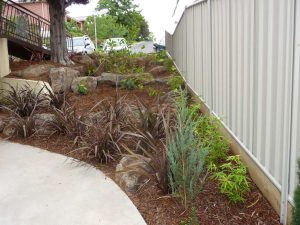 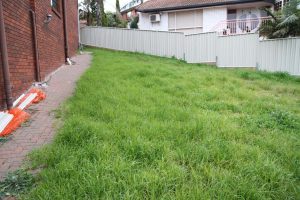 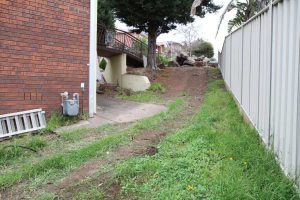 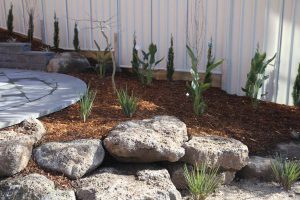 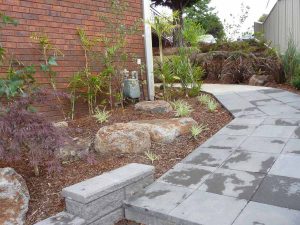 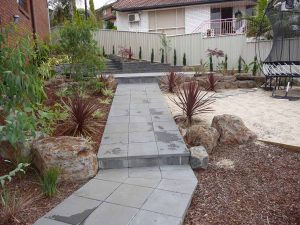 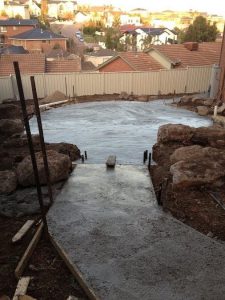 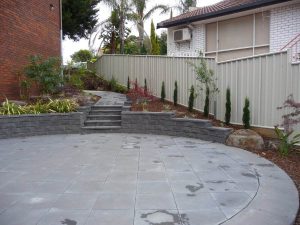 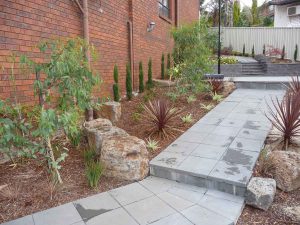 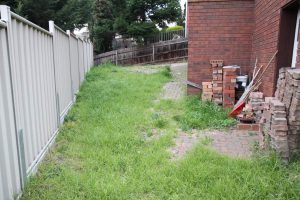 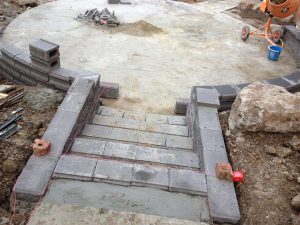 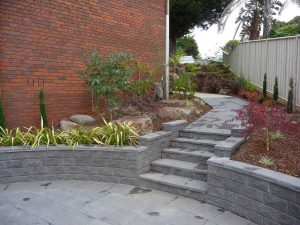 Back to Landscape Projects
I wanted to say thank you for all your help. We have just received our planning permit for our house and your help in making this happen is greatly appreciated.

Cassi - Mitcham
I just want to let you know that I have received endorsement letter from Maroondah Council on the Landscape Management Plan and Architecture Plans. Thanks again for the great work from you guys!!

Joseph - Croydon North
For our new garden and entertainment area we placed 100% trust in Darrell to come up with something that was stylish, tranquil and most importantly easy to maintain. He delivered at 110%. Outstanding service from beginning to end. We have continual compliments from family and friends about how beautiful and unique our haven is. Thank you Darrell, you really helped make our house a home.

Kym & Mel - Olinda
After months dealing with council over the roots of a neighbouring tree, Darrell’s prompt attention and plain speaking made light work of a potentially costly problem. We can’t thank him enough for making himself available to supervise the excavation of our building site to ensure the tree roots were not damaged, writing the required reports before and after attending to our issues at really short notice
Sophie & Stephen - Ferntree Gully
Darrell has been a great support to us on a number of diverse projects for years. He designed and managed the landscaping of our new house on an acre with terrific results. He has provided aborist reports reducing our stress dramatically. Heavily involved in our small subdivision he provided fantastic project management and subject matter expertise. We cannot recommend Darrell too highly as his services really have been exemplary
Steve & Cheryl - Langwarrin
We met Darrell from “Landscapes by Design” through my husband’s work. They chatted about gardening and our new home. We did not know where to start with our landscaping. Darrell had a blank canvas to work with and created a garden that would suit our lifestyle and clay soil. The end product is a fabulous creation of plants in varying sizes, shapes and colours. We are extremely happy with the result and would recommend Darrell to create your landscaping dream.
Stephen & Fiona - Ferntree Gully
Thanks for this Darrell. You have prepared a very thorough and clear tree report and I thank you for this and your advice.
High School Principal - Camberwell
In the storm that occurred shortly after we lodged the application to council part of the River Red Gum by the dam fell towards the house next door falling short of it by inches, but demolishing their shed, the fence and most of the Sequoia sempervirens. As you predicted it failed at the weak spot where the other trunk had recently fallen.
The Boxes - Wonga Park
We found Landscapes by Design online and left a small message for Darrell to call us back and discuss our project. We had a few ideas documented where we described with pictures and diagrams the things we envisioned. We lacked the landscaping knowledge and layout skills that only an expert can provide and advise on. This is where Darrell came in and took what we dreamed of and turned it into a reality.
Peter & Silvia - Point Cook
We wanted a really low maintenance, very hardy, drought tolerant garden with some space included for the kids to play in that could be used in other ways down the track. We are so rapt with the results and have been having a ball having some outdoor time. The kids are enjoying playing down ball on our big paved circle. We’ve just added a trampoline in to the bottom part and that is a hit. Nice to be spending more time outside now that it is not a giant ugly weed patch.
John & Sue - Avondale Heights
Previous
Next
Menu